Kerri-Leigh linked to this blog post over on her LiveJournal. I did some checking and found the image is actually relatively old… relatively meaning it was reported on Kotaku and other sites nearly a year ago. 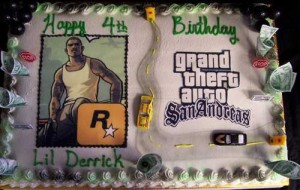 I don’t know. All I can say is that I look at a picture like this and hope to God that this isn’t an indication of where our society is headed. Unfortunately, the cynic in me believes it is.

One thought on “Sometimes I weep for our society.”